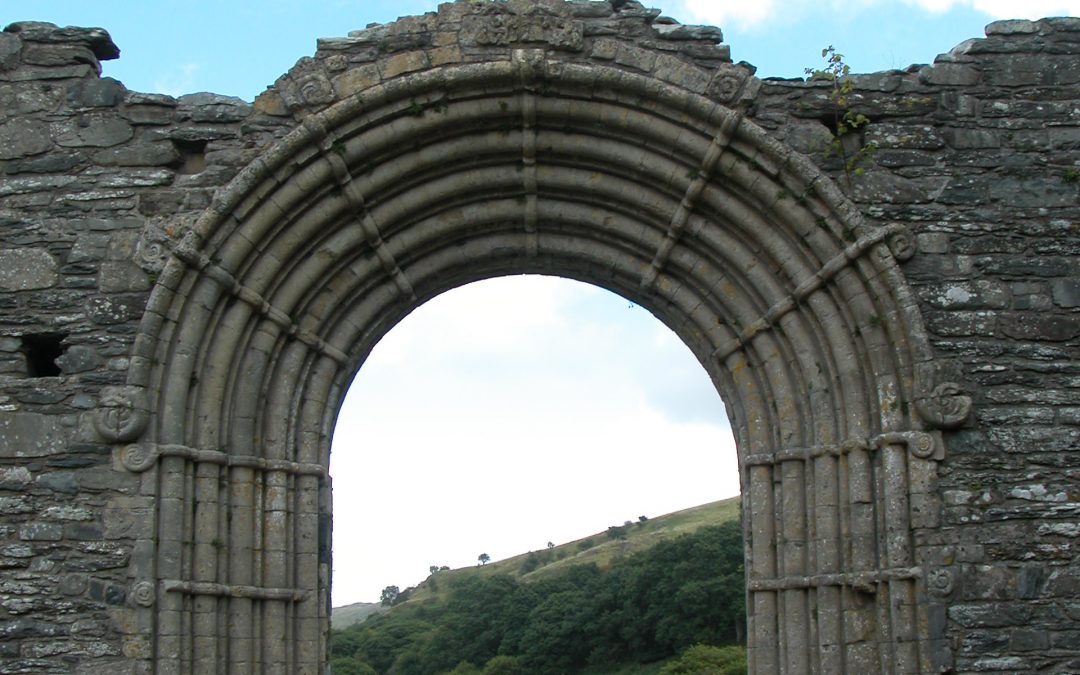 Strata Florida quickly became not only a site of huge religious significance in Wales but also a natural home for Welsh culture. Dafydd ap Gwilym, one of the best known of Wales’s medieval poets, is buried here under a yew tree.

You only need admire the majesty of the huge carved west doorway to appreciate how impressive this building must once have been. The plan of the church can still be clearly traced and, rather remarkably, some of the original richly decorated tiles from the abbey are still intact. One of them, ‘Man with the Mirror’, depicts a medieval gentleman admiring himself in a mirror!