21st June is the feast of St Celer 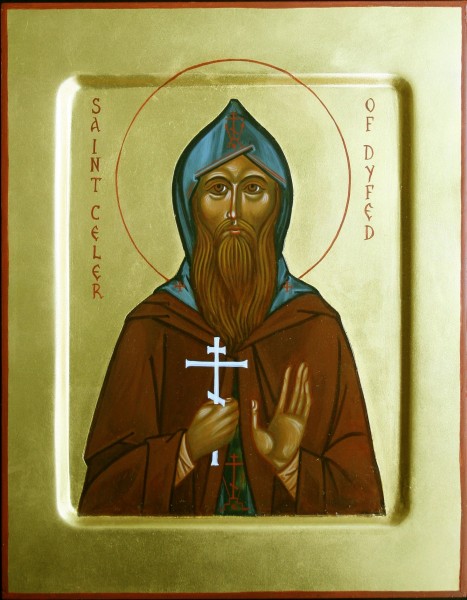 21st June is the feast of St Celer, one of the patrons of our community.

His icon, written by Fr Vladimir, is in our church in Lampeter.

Little is known of the life of St Celer, a hermit and martyr who, in the second half of the seventh century, lived in the woods and caves surrounding the healing well. A chapel dedicated to the Mother of God stood over the well. Only a few stones now remain of this chapel, and several very old yew trees. People from all over Wales came on pilgrimage to receive counsel from the holy hermit, to pray and seek healing from the waters of the well. This pilgrimage continued after the death of St Celer. In the Middle Ages, and well into the eighteenth century, a ‘Saint Celer Fair’ was held there from 21 June (date of the repose of the saint) to 29 June (Sts Peter and Paul) and was renowned throughout Wales. Crutches and mementos were left by the well, testyifying to graces received.

The image of God was preserved unspoiled in you, O Father, for you took up your cross and followed Christ, and by your own example you taught us to discipline the flesh for it passes away but to attend to the soul for it is immortal. Wherefore O righteous Celer, your spirit rejoices with the angels.